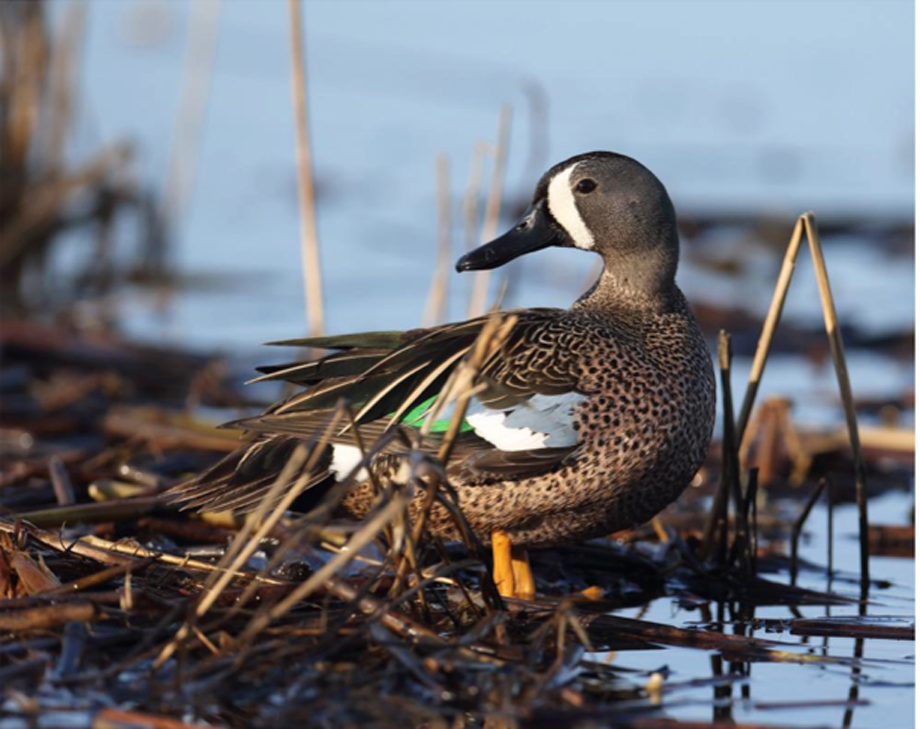 Chuck Heiting grew up in the small farming community of Marshfield, Wisconsin, an area with plenty of open country and vast woodlots. He developed his love of photography during the years he spent surrounded by this natural beauty. "I was an odd duck, because the rest of my family wasn't big on the outdoors," he recalls. "I spent a lot of time out in the woods photographing local birds and other wildlife with my black-and-white Brownie camera."

Heiting worked in the information technology field for 32 years before retiring two years ago. His hobby photography company is called Wildlife in Print, and his portfolio is filled with a variety of wildlife he's captured in both Wisconsin and Alaska, where he and his wife, Juline, travel every few years. "Early on, I spent most of the Alaska trips photographing brown bears," Heiting says. "We've been to Round Island to photograph walruses and nesting puffins, and last summer we photographed eagles near Juneau."

Heiting's winning photo of a drake blue-winged teal was captured on Rice Lake, part of the 33,000-acre George W. Mead Wildlife Area in central Wisconsin. "I'd been scouting for new photography locations, as a lot of the areas I'd historically visited were flooded out that year," he explains. "Once I found this spot, I got out there before sunup, set up as close to the shoreline as I could, and covered myself and my camera with camouflage fabric. A drake and hen bluewing started feeding about 15 to 20 feet away, and when the drake paused after taking a drink, I snapped the photo."